Raft of new features incoming for the latest operating system 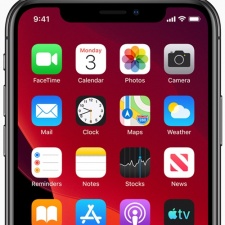 Apple’s new iOS 13 will make apps quicker to download and launch thanks to a new way iPhone apps are packaged on the App Store.

Previewing the operating system at the Worldwide Developers Conference, Apple said app download sizes would be reduced by up to 50 per cent, while app updates would be over 60 per cent smaller.

It also claimed that apps will now launch up to twice as fast as previously.

Elsewhere, Apple has made enhancements to Apple Maps. According to a press release, Apple has driven four million miles to rebuild its base map from the ground up as it looks to better compete with Google.

This means Apple Maps now has broader road coverage than before and can more precisely pinpoint locations. The map itself will also include more details than before.

The updated Apple Maps is already available in select cities and states and will roll out across the US by the end of 2019. It will be launched in more countries in 2020.

Keeping up with the times, Apple has also unveiled a new Dark Mode feature for iOS 13. It’s available to third-party app developers to integrate into their own apps and can also be timed to turn on automatically at certain times of the day.

Another new feature with iOS 13 is the introduction of ‘Sign in With Apple’. The idea is to let users to quickly but more privately sign into apps and websites. Apple stressed it “does not use Sign In with Apple to profile users or their activity in apps”.

You can read about all the key new features coming to iOS 13 here.

A developer preview of iOS 13 is available to Apple Developer Program members starting today. A public beta program will roll out to iOS users later this month.