The company is looking to expand its team 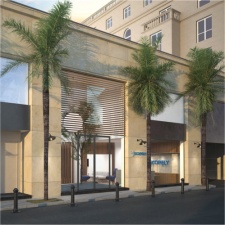 Mobile game developer and publisher Scopely is expanding its footprint in Barcelona.

Currently, the company’s Spanish office is in Plaça Catalunya, a 7,000 square feet (sf) space, which was established in 2017 and is home to 100 employees. The new office is 26,000 sf in Sarria - Sant Gervasi, a growing section of the city.

The company acquired Star Trek Fleet developer Digit Game Studios earlier this year. The Dublin based studio is also receiving an expansion, with a complete refurbish of its 8000 sf office space with an additional floor and facility upgrades.

When it first formed in 2012 Digit had just four employees, it now boasts over 80 members of staff. It will continue to work on Scopely’s growing strategy genre, and this includes the award-winning Star Trek Fleet Command.

These expansions follow the company’s achievement of grossing $1 billion in lifetime revenue. Six of Scopely’s titles have earned over $100 million.

“We are thrilled to expand our European footprint to accommodate our exponential growth,” said Scopely Co-CEO Javier Ferreira.

“Both of these beautiful new spaces will allow us to align our physical presence with our rapidly expanding portfolio and team. I am excited to further lean into the Barcelona market, which has top-quality talent.

“The same is true in Dublin with top tech talent flocking to the area, and both offices have amassed impressive highly-specialized expertise. Our Dublin and Barcelona teams play a critical role in the Scopely journey, and we are actively hiring across both markets.”

Scopely has previously stated it plans to expand its office in Los Angeles next year, moving from a 32,000sf space to a newly constructed 60,000sf build.