"Our natural chemistry and shared vision made us feel like one powerful, international team from the outset and since the acquisition" 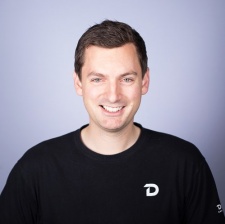 A lot can happen in 12 months and 2019 has certainly been memorable one for Ireland's largest game developer, Digit Game Studios.

Namely, after years of working with licensed IP, the 80-plus staff firm was picked up by mobile publisher and interactive entertainment company Scopely in May.

The duo had been working together on the MMO/strategy title Star Trek Fleet Command since the game's launch, so this acquisition wasn't entirely surprising. Most recently, that title went on to surpass $100 million in less than eight months, cementing part of the reason for Scopely’s purchase.

As part of the merge, Digit founder and studio head Richard Barnwell has continued to manage operations of the Dublin-based studio, having previously gained experience in the role as CEO of Jolt Online Gaming, alongside various senior positions at Jagex.

Now nine months on, we caught up with Barnwell to see what changes have occurred since the acquisition went through, as well as what's next for Star Trek Fleet Command and beyond.

PocketGamer.biz: Can you start off by telling us how 2019 has been for DIGIT since Scopely acquired the company?

Richard Barnwell: 2019 has been an incredible year for Digit. We continued to take Star Trek Fleet Command to new heights with Scopely, welcomed incredible new talent to the team, and of course, our biggest news - we joined Scopely.

Our entire team has been thrilled with how our integration has progressed and Scopely has been an amazing cultural partner. We've been aligned with each step forward we take together, which has been great to experience. Having a shared vision from the outset and a focus on integrating in the right way has been the key from my perspective.

I've been super impressed with Scopely's approach to bringing Digit into the family. They continue to focus on ensuring people feel valued and listened to, which has made a big difference for all. The Scopely team also comes from all over the globe and from so many different industries. This diversity of perspective (including Digit's) has truly made us better as one organisation.

It's also just been good fun. When we founded Digit in 2012, our mission was to be the world's leading MMO/strategy game developer. We've been so focused on the strategy game genre for so many years, it's been exciting and eye-opening to join a business that is operating at the highest level across multiple genres.

We're benefiting from these broader Scopely resources and knowledge. We now get to interact and learn from so many different genre experts across product experiences. It's also fun to purely have access to play such a diverse portfolio of both live and in development products. In summary - 2019 has been bloody brilliant for Digit with more to come in 2020.

What changes have occurred in the six months since the acquisition took place?

We've been working with Scopely since 2015. Our natural chemistry and shared vision made us feel like one powerful, international team from the outset and since the acquisition, that relationship has only deepened.

Since we founded the company, Digit has had the motto "honest, humble, hungry" - yes, I know it's corny! - and we've been able to continue to embrace our individual identity within the broader Scopely ecosystem. Their team celebrates what we bring to the organisation.

In August, we expanded and remodelled our offices in Dublin making them better than ever, and we are continuing to grow and recruit top industry talent from all over.

An important element of Scopely's culture is a dedication to making each employee's experience the best of their professional lives and we've had the same core value of creating a career-defining experience at Digit. This shared focus continues to be hugely important in attracting and retaining world-class talent - and our ability to do so is stronger together.

How many people currently work at Digit? Has the number increased since the acquisition?

Yes, as of this moment we have 88 employees at Digit and we joined Scopely with approximately 70 team members. We continue to expand our team to further build on the Star Trek Fleet Command experience - creating the most immersive world possible.

As companies grow, a common occurrence in the games industry is for a toxic environment to manifest. What steps have been put in place at Digit so this doesn't happen?

For us, because we'd already been working so closely with Scopely for years, this acquisition felt like the natural next step in an established partnership. Our cultures, while they have their unique attributes, traditions, and differences, mesh so well together because they were both built around the same philosophy: to create amazing, long-term experiences that players love.

Our natural chemistry and shared vision made us feel like one powerful, international team from the outset and since the acquisition, that relationship has only deepened.

It also goes back to my comment about communication and an overall open and honest culture across Scopely/Digit. During the acquisition process, the Scopely team was a true collaborator - ensuring we were/are set up for success as an organisation in Dublin and that we can continue to embrace the brand and culture we've built. I think that's the most important element to ensure that cultures successfully mesh and improve one another like ours do.

We've been lucky to find a partner that celebrates the unique studio we've built at Digit and views it as an asset that enriches what we have to offer the industry, together as one company.

Star Trek Fleet Command has won multiple awards and made some major revenue milestones, what factors do you attribute to this success?

First and foremost, we do our best to understand and serve our players. Scopely and Digit do not focus on creating novelty hits - we continue to aim to create an immersive game that players want to stick with for years. We constantly brainstorm and research what players want, improving the game and introducing new elements, story arcs, characters and special events. Our live operations deepen the connection to the game and expand the universe around the player.

Since inception, we've always tried to create the most immersive MMO/strategy experience on mobile. We've made good progress towards this goal, with loads more still to come.

Star Trek Fleet Command just hit its one-year anniversary - what figures can you share from its first year?

I can't share specific revenue metrics, but I can share that since launch, over 100 million hours have been spent in the game, 200 million missions completed, 1 billion plus alliance helps given and more than 1.5 billion battles played.

A stat I really love is that 85 per cent of players are playing five out of seven days every week. We love to see that the audience is enjoying the experience and coming back multiple times per week.

What can you tell us about any games DIGIT is working on outside of Star Trek Fleet Command?

Our focus is on scaling Fleet Command. With that said, our specialty is the MMO/strategy genre and in the future, you can expect to see more from us in that world, made even better by our access to Scopely's entire organisation. The trusted partnership we built the last few years together, laid the foundation for even more opportunities in the strategy space and we can’t wait to tackle more together.

In the company's next project, will you look to utilise another existing IP or make something original?

I can't give anything away just yet.

What do the next 12 months look like for DIGIT?

We'll continue growing within Scopely. We're actively seeking outstanding talent to join our team in Dublin, so recruiting the industry's best talent is a key focus for the next year.

We'll also continue working on scaling Star Trek Fleet Command to make it better for our players every day - in fact, we recently launched a massive expansion to the game for players of all levels that we're very excited about. It adds over 400 new missions, new characters, challenges, and more.

Scopely vice-president of corporate development Rob Ricca will be speaking at Pocket Gamer Connects London 2020 on January 20th and 21st 2020 - get your tickets here!