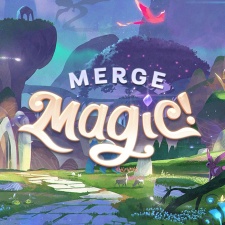 Following its $250 million acquisition by Zynga in May 2018, Turkish developer Gram Games has launched Merge Magic!: its first new game under Zynga’s ownership.

Building on the success of Merge Dragons! - now one of Zynga’s Forever Franchises, generating over $100 million a year - Merge Magic! is a game that mixes elements of adventure, puzzle and relaxation.

Merge this. Merge that. Magic!

“We wanted to create a new puzzle game where players can merge anything together to create unique mythical creatures that no one has ever seen before,” said Eren Yanik, Chief Product Officer of Gram Games.

“The possibilities are rousing in Merge Magic!, taking our signature ‘match and hatch’ gameplay to bewitching new heights, offering players lots of depth in exploration and immersing them throughout their journey.”

Merge Magic! is now available for iOS and Android as a free download.