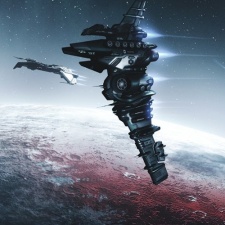 NetEase and CCP Games have announced the open beta for EVE Echoes, the mobile MMOG based on EVE Online, will kick off in December for iOS and Android.

“I can’t wait to see the reaction from our core PC players, who will no doubt recognize the unparalleled scale and sophisticated gameplay of EVE Online’s virtual world running through the veins of EVE Echoes.”

In the game, players collect resources, manufacture items, and explore thousands of planets, all within a social system involving corporations and coalitions to capture rival territories and engage in intergalactic combat.

More details about EVE Echoes will be revealed at the EVE Vegas conference, which runs from 25-27 October.

And you can pre-register for beta via the game’s website.