Has been in the role since August 2019 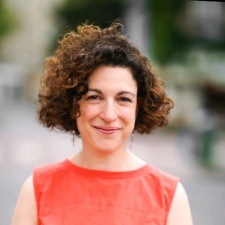 Gameloft has announced the appointment of Sonia Ettinger as its new vice president of human resources and member of the executive committee.

Ettinger has actually been in the role since August 2019. Prior to joining Gameloft, she held the same role at Ymagis Group, a digital technologies firm in the film industry. She has also worked in HR positions at Quantic Dream and Ubisoft.

In her role at Gameloft, Ettinger will be responsible for all HR strategies across Gameloft's numerous studios. She will also work on talent development across all departments of the developer.

"It's with great pleasure that we welcome Sonia Ettinger to our team and to the Gameloft Executive Committee," said Gameloft chairman and CEO Stéphane Roussel.

"Sonia will bring her insights and extensive experience in the video game space at the very moment where we are welcoming a strong year for Gameloft with a solid roster of game launches and new partners."

"I'm very proud to be joining Gameloft at an exciting time in its development. I’m glad to be part of this new adventure and to accompany Gameloft and its talented employees across the globe," added Ettinger.

Gameloft had something of a quiet 2019, up until December when it closed its UK office and laid off a number of employees at its Brisbane studio.

The developer is now looking ahead to 2020 with several new games, including Overdrive City and Disney Getaway Blast.