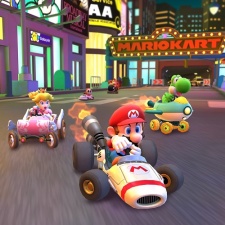 In the US, Mario Kart Tour topped the chart before Super Mario Run followed in second and Dr. Mario World in third. Rounding out the top five were Animal Crossing: Pocket Camp and Fire Emblem Heroes in fourth and fifth respectively. The rankings were identical when it came to global installs.

For consumer spending worldwide and across the US, Fire Emblem Heroes came out on top both times due to its continued popularity within its core base. Mario Kart Tour raced to second spot before Dragalia Lost cemented itself at third. Animal Crossing then followed in fourth before Super Mario Run leapt to fifth place.

Number one in 149 countries

As of March 9th, 2020, Super Mario Run has been the number one app by iPhone overall downloads in 149 countries and 65 on Google Play, while Mario Kart Tour has similarly been number one on iOS for installs across 108 countries as well as 58 on Google Play.

It's taken some time, but Nintendo games on mobile have finally surpassed the $1 billion revenue combined mark.

Furthermore, Nintendo has rolled out Mario Kart Tour's multiplayer globally with most territories now having access to the new mode.