China saw a 300 per cent rise in downloads 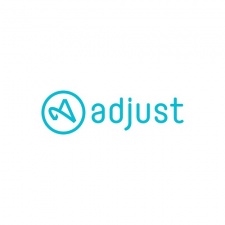 Between December 2019 and March 2020 hypercasual app installs more than doubled with a 103 per cent increase according to Adjust and Unity.

More specifically, China experienced the most significant growth as the frequency of downloads increased more than three times the average in the same four-month period.

Furthermore, the country saw a 300 per cent increase in user sessions on hypercasual games, while the world as a whole saw a rise of 72 per cent.

Meanwhile, Germany had an increase of 69 per cent in hypercasual sessions, Korea was up by 152 per cent, and Japan also saw impressive numbers at 137 per cent.

On the lower end of the growth scale was the US and the UK, they had an increase of 35 per cent and 34 per cent respectively. However, it is believed that the rise in the former country was not as large due to it already boasting a high number of dedicated gamers.

Overall, CPI has decreased by 35 per cent – as detailed in a report by Unity – however, to acquire a hypercasual user in the US costs double that of a player in EMEA but at 17 per cent, it is expected that the US will boast the highest conversion rates.

Meanwhile, costs in the APAC have declined, while the average global CPI rate is not at $0.17, considerably lower than what it was before.

"Hypercasuals cleverly blend the best ad experience and most engaging mechanics to appeal to the broadest category of players. In doing so, they have redefined the traditional models around user acquisition and ad monetisation," said Adjust CTO and co-founder Paul H. Müller.

"Because of the short-lived appeal of each of these games, users are continuously driven to the next app within a company's portfolio — creating a snowball effect, as users roll and grow the company's user base."

"Hypercasual games have been voraciously consumed as of late due to more people staying inside with COVID-19, and that in turn has created fierce competition for the attention of these engaged users," said Unity Technologies head of global advertising sales Agatha Hood.

"Understanding the metrics and mechanics behind this genre allows developers to set their user acquisition targets and related monetisation strategies up for success, particularly during the new reality we all live in.

"This report and our work with Adjust guides buyers in understanding how to harness Unity's massive ad platform in this very profitable moment for mobile gaming."