"I don’t know why it’s so popular" 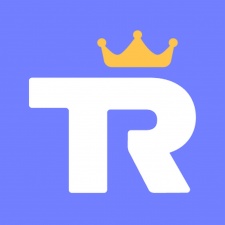 As reported by VentureBeat, the 1000-person trivia title by Teatime hit the No.1 spot on the App Store following its June 17th launch.

"I'm exhausted, as it has been one hell of a week," said Teatime CEO Thor Fridriksson.

"It's a dream come true. We had a lot of success with QuizUp, and to be honest, on a personal side, when things didn't go the right way for us with QuizUp, I took it pretty hard. I also thought that maybe it was a lucky stroke that couldn't be repeated. Now I feel like a weight has been lifted. We have been able to repeat the success."

The company didn't expect the game to blow up in the way it did. But, Fridriksson did say that the use of influencers helped immensely as does the use of services such as Google Firebase.

"I don't know why it’s so popular," said Fridriksson.

"Maybe teens have become lonely because of COVID-19 and this was just exactly the outlet that they needed to find new people to chat with. This is like a rollercoaster ride."

We caught up with Fridirksson last year to discuss what himself and the company would like to accomplish.