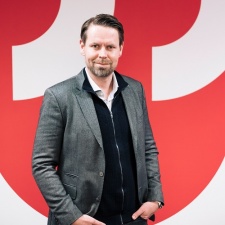 Remember QuizUp? The Trivial Pursuit-style mobile game from Plain Vanilla that had users challenging one another over the course of seven rounds of timed multiple-choice questions across different topics?

The same one that started incredibly strong but failed with monetisation efforts, was forced to make mass layoffs, and ended up selling the studio to Glu Mobile in a deal worth $8.7 million?

Well, two years on, founder and CEO Thor Fridriksson returned with a new studio, and now a new trivia game that looks to right the wrongs of the first endeavour.

Teatime Games, based in Iceland, is made up of 16 staff members with several workers transitioning from Plain Vanilla. In June, the studio launched Trivia Royale, a head-to-head quiz battle royale game that has quickly replicated QuizUp's early success at over three million downloads. However, it's on the financial front where the game will truly live or die.

While QuizUp amassed 100 million users, topped the iOS charts, and became "sort of a phenomenon", its failure to monetise correctly became the catalyst of the company's downfall.

"We never managed to monetise properly, which is very common in early apps that became popular; QuizUp was the prime example of that," Fridriksson tells PocketGamer.biz.

We never managed to monetise properly, which is very common in early apps that became popular

"When it launched, QuizUp was one of a 1000 trivia games, but the difference was that you were in playing in real-time with real humans – that was the main concept," he continues.

"We saw that even though it had very rudimentary social elements, people started connecting, making new friends, and even falling in love. We have 10 marriages confirmed as a direct result of people meeting via QuizUp. I've been even invited to two of those weddings. It's mind-blowing."

The social element in mobile games is something that fascinates the now Teatime Games CEO. He explains that while mobile games are successful, none have implemented a social aspect as to how the majority play games traditionally, such as with another person, by talking to them, watching their reaction etcetera. And therefore, it's still quite a solo experience on the platform.

A big part of the new studio's experimentation with social came in the form of real-time video feeds that were tested with a couple of games last year. While Fridriksson believed that the team had "cracked the secret formula of how to make games hypersocial", the response was anything but, with negative feedback given to the camera feed always been open. This then led to a reduced version of that original idea.

"We came up with this concept, that I think will be the next big thing in mobile games" says Fridriksson.
"We call it 'identity with anonymity'. Players create themselves in the form of avatars, communicate through face tracking, and use emotes in a chat but is still anonymous and safe."

"There are no monitoring chips or pictures of people's genitals," he adds.

All of this fed into the making of Trivia Royale with three elements specifically mixed together: "the fast-paced real-time of QuizUp, the personalised avatars, and a little bit of Fortnite with the royale mode". Not only this, but Fridriksson feels that the market is being dominated by hypercasual titles has helped the game start off on the right foot.

"Hypercasual games are somewhat more like ad tech companies rather than gaming developers," he explains.

"It's called CPI (cost per install). Even if those ads are misleading, if you can get the user into the game for a low price - it doesn't even matter about the quality - if you get them to watch enough ads to get more revenue than that low install cost you have then you have that margin inbetween.

"Those sorts of games are made by hypercasual publishers right now, who publish enormous amounts of really low quality, sometimes unfinished games, and just try to almost trick the user into watching as many ads as possible in the shortest timespan because they know retention is low because the games are not good."

While Fridriksson laments that there are some "great" mobile games out there, he does believe this is still a major trend in the industry and one that will hopefully "run its course."

Instead of relying on traditional user acquisition, the Teatime Games partnered with a number of TikTok stars in the US to promote Trivia Royale. A pre-requisite for collaborators had to be that they genuinely liked and played the game, something that resonated best with younger audiences.

"We've found [that] the game is most popular in the US where they have the biggest lockdowns in the world," says Fridriksson.

"So, I'm pretty sure we hit something there with the likes of the younger demographic, that crave personal communication."

Of course, another factor that is impossible to overlook is the worldwide lockdown amidst Covid-19. Countless companies have been affected by the pandemic but games have seen increased engagement and downloads. So, what's been the biggest challenge for Trivia Royale?

"It's easily that we got more users than we thought and our systems have been showing cracks under the pressure," Fridriksson admits.

"Me and my engineers have been working here day and night trying to put in patches and fix some of the issues that the game has. That's been most challenging for sure. Very stressful. It's a luxury problem. It's a problem we wouldn't have if there were so many users, but luxury problems are still problems."

Several countries are now returning to 'normality', while others are still tackling the issue. Although, it's a more familiar problem that Trivia Royale will have to overcome, both during after the pandemic ends.

"The problem with trivia games in general is that they have very good engagement but usually don't have good long-term retention," says Fridriksson.

"What we have learned there is that we are seeing that the social part is helping with long-term retention. If say the user adds a friend, he/she is going to stay on much longer. We are also launching live events soon."

Due to arrive in late-August, these live events will surround specific themes surrounding one topic, where a player can become the "master of the universe" for a short space of time.

Trivia Royale generated $69,000 from player spending (via Sensor Tower) in less than 30 days. Though that figure is disputed for "underestimating their revenue supply", the key now is to keep that momentum going.

With 30,000 questions currently available, Trivia Royale monetises in two different ways: a number of currencies (Gems and Coins) that allow players to customise their avatar, and via Tickets that allow users access to the battle royale mode (only two per cent of players rank first).

All of these new monetisation implementations and practices were hard-learned from Fridriksson's time in charge of Vanilla Games - something he is not keen to repeat.

"I think that I'm a little bit older this time around. I think that I will not be as swept away by everyone working with us as they were/are now," he says.

One of the biggest downfalls of QuizUp was at the height of its peak period when the app ran amuck at the top of the charts. Vanilla was approached by a number of Hollywood companies looking to work with the studio, but took on too much soon.

"I think at that time I was a bit green behind the ear," Fridriksson says.

"I was swept away by their offers a little bit. I remember one of the biggest deals we did with QuizUp was a deal we made with the US network NBC, creating a live primetime TV show called QuizUp America. It was sold all over the world."

After spending millions of dollars creating a pilot and a series for primetime, the show was unexpectedly pulled without "any explanations" and never made it air.

"I think in many ways I got stars in my eyes and I went along with a lot of deals that maybe I shouldn't have," he says.

Adding to that: "We put a lot of our eggs into one basket and then that basket was squashed."

As Teatime Games looks to not fall into the same traps as its predecessor, there are a number of different types of casual games in the works at the studio. More importantly, for Fridriksson, it's about shedding the "shadow of QuizUp" that has loomed over him ever since the sale of the company.

"I always had this inside feeling that I didn't really finish what I started with QuizUp," he says.

"To launch a trivia game that is really beautiful and almost to continue on the same track I was on [previously], to be able to get it to the number one app in the US with far less standing than hypercasual games feels a very personal and important milestone for me."