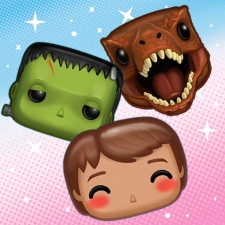 The match-three puzzler was published and developed through a collaboration with Tic Toc Games and features the Funk Pop! versions of different characters from a variety of franchises.

At launch, the game will feature Back to the Future, E.T. the Extra-Terrestrial, Jurassic Park and Jurassic World. Furthermore, various characters from DreamWorks will also feature. Namely, those found in Shrek, Kung Fu Panda and How to Train Your Dragon.

However, various iconic characters across other franchises will appear in weekly events. For its first week, the in-game event will centre on Jurassic Park.

Furthermore, each character will have a super move that can clear the board; these will tie into the TV Show or movie that they originate from.

Funko CEO Brian Mariotti added: "Funko is thrilled to be partnering with N3TWORK on a celebration of pop culture through the exciting match game, Funko Pop! Blitz. We're excited to offer Funko fans and mobile gamers alike the opportunity to connect with some of their favourite characters and properties in Pop! Form."

N3twork picked up the rights to Funko Pop! Blitz from NBCUniversal last year, after the company chose to close its game publishing division.

"It’s a passion job, in that every angle and approach is appreciated but inspiration can come at any time," says N3twork Tetris director Mari Burns