"Habbo was a true pioneer in terms of free-to-play, user-generated content and sandbox gaming and online social interaction" 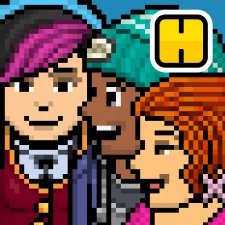 The game was first released in the Summer of 2000 and has since accumulated 316 million registered avatars and 500 million rooms.

For the first 10 years or so, the free-to-play virtual game was popular among tweens and teenagers. However, these days, Habbo appears to appeal to an older demographic, with adults aged 19 and over accounting for 71 per cent of its player base.

However, part of why an older generation have been playing the game comes down to the COVID-19 lockdowns that were enforced. Due to being stuck at home, some players returned to Habbo having played it when they were younger.

"Habbo was a true pioneer in terms of free-to-play, user-generated content and sandbox gaming and online social interaction, from such a humble beginning in 2000 to what we've seen in its growth and change over the past two decades," said Sulake CEO Valtteri Karu.

"We've been excited to see so many players sticking with us and returning to the game during lockdown and participating in our 20th birthday events. We're planning for this year to be followed by an even bigger year in 2021 – the next 12 months are full of exciting new developments for Habbo. That's all I can say right now, so stay tuned."