In partnership with Faurecia 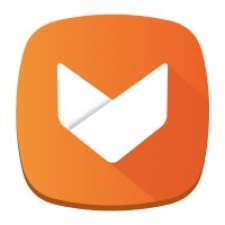 The funding was made in partnership with automotive tech firm Faurecia. Currently, on its Android storefront, Aptoide boasts 300 million users and seven billion downloads across more than one million apps.

Aptoide CEO Paulo Trezentos claimed the investment "is strategic for Aptoide apps distribution and monetisation, strengthening our capabilities in bringing top games and apps to our portfolio in both mobile devices and cars."

"This 200M co-investment in Aptoide is a very interesting example of what is intended for this fund: to co-invest with qualified international private investors in Portuguese startups in the global growth phase," said 200M fund managing entity Marco Fernandes.

"Aptoide is one of the most well-known and successful national startups and is already present, literally, all over the world, as a result of its digital product and its expansion model that started in Asia a few years ago.

"Congratulations to Paulo and Alvaro for their success and the round with Faurecia that allows them to enter new segments such as the automobile, a sector that is expected to be increasingly interconnected with the digital world. Without a doubt, a great example for all young Portuguese entrepreneurs."