PGC Digital: How "understanding the player" lead to a 40% increase in users for Koron Studios 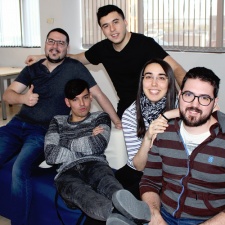 By trying to "understand the player" Koron Studios managed to increase its user base by 40 per cent every time the studio released a new update in Idle Fishing.

The comment was relayed as part of Koron Studios CEO and game designer Diego Diaz Perez's session at PGC Digital #4 on 'Examples and Learning about Live Ops in Idle Games'.

The Sevilla-based firm initially invested a lot of time during its first year with no clear objective and lots of data analysis which amounted to very little growth. After defining objectives, analysing the competitors and focusing on monetisation KPIs, the studio managed to bring around much higher growth in six months with less time committed.

Koron Studios was founded in 2017 and is made up of a five-person team. Alongside Idle Fishing, the studio has launched two other games: Tap Pirates and Death Tycoon.

"Designing a scalable and measurable system means saving a lot of time in optimising," said Perez.

When it came to monetisation, Koron Studios similarly suffered with monetisation in Death Tycoon due to again not having a clear objective and not directly thinking about the concept. After a post-mortem on the project, the firm managed to raise its revenue by 10 times from 2019 to 2020 by introducing one special event per month and optimising monetisation more regularly.

PGC Digital: How to enhance the first time user experience