"There are many hero-focused games on the market, so we wanted to make ours stand out" 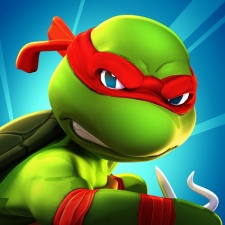 This week, we spoke to Kongregate chief product officer Tammy Levy surrounding the development and licensing for TMNT: Mutant Madness.

PocketGamer.biz: Can you start off by telling us about TMNT: Mutant Madness?

Tammy Levy: TMNT: Mutant Madness is our take on a hero battler and collector. We loved the idea of showcasing all the classic heroes and villains from the TMNT universe, giving them unique fighting styles, and creating a combat system reminiscent of old arcade brawlers.

It's been in development for roughly 24 months between initial concepting, pre-production, production, and then test markets.

There are many hero-focused games on the market, so we wanted to make ours stand out with exciting combat that allows players to play more actively by deciding which opponents to target or less, with autoplay and auto-targeting.

We also added idle game mechanics to the turtles’ sewer lair, which means players can collect resources to upgrade their heroes even while they aren’t playing. Overall, we tried to bring the nostalgia of the classic 80s TMNT franchise to life with an exciting game that we hope everyone will love.

We are all big fans of the IP, so when we had the opportunity to make a game with such iconic characters, we were full of ideas. Most of the recent TMNT games on the market focus on newer versions of the characters, but we wanted something for fans of the original films and animated series from the ’80s.

One of our original inspirations was from the excitement of opening up the original toys, so you might notice the 3D character art actually matches that style more than the 2D animated series.

TMNT: Mutant Madness was developed by Synapse, our Chicago-based studio. The team is made up of roughly 25 people including artists, designers, product managers, producers, and QA. It's been in development for roughly 24 months between initial concepting, pre-production, production, and then test markets.

That timing could sound long compared to what some hypercasual studios are turning out, but is normal for a more complex, mid-core mobile game with such an iconic license. We wanted to spend that extra time to make sure we’re putting out a polished product that fans will love.

I’d say one of our bigger challenges on the project was when we decided to pivot from a landscape view to portrait. It happened relatively late in production (November of last year), but the second we put together mock-ups of the game in portrait and a working build, we knew we had to make the switch.

Even then, with some broken flows and screens, the moment you opened the game, it felt right. It was easier to navigate and gave it a fresh look for an all-around better experience on mobile.

I think there were two significant moments during development. First, when we settled on the art style and got incredible feedback from Nickelodeon, we knew we were on the right track.

Second, when we had a final version of the game’s combat loop. Combat went through several iterations before we found the right balance of active and passive gameplay so all players would enjoy the experience.

How did the partnership with Nickelodeon come about?

After releasing our first collaboration, Animation Throwdown in 2016, we started an informal process of brainstorming around Nickelodeon IPs that we are excited about and fit our teams’ expertise. We kept talking about different takes on TMNT.

We even had an eight-bit mock-up, and just seeing the IP bubble to the top over and over again really encouraged us to go after it and make it happen.

We look at a variety of factors when getting ready to launch a game. For TMNT: Mutant Madness, it really felt like the stars were aligning. First, we’ve been seeing a shift in the market since Covid-19, where players seem more interested in deeper gameplay experiences, which is what our Synapse studio excels at.

Their previous title Animation Throwdown (which turned four this September), has seen continued success throughout 2020 and has a really exciting new partnership coming in the next few months. So, we knew TMNT would be a great addition to the market.

From a purely demographic perspective, men aged 25 to 44 are currently the largest group of players, but we’ll see if that changes over time as more and more fans of the franchise find the game.

Second, after months of hard work on the game, we released it in test markets in June and immediately started seeing strong results, both in terms of metrics as well as player feedback and sentiment. After a few months of tuning, we knew the game was ready to get into players’ hands.

Third, Synapse has a history of launching hit games mid-September (Animation Throwdown launched on September 15th, 2016. Not to say we are in any way done with TMNT: Mutant Madness now that it's live. We have long term plans for the game, including additional features and seasons that we’re excited for fans to get their hands on.

We built the game to appeal to fans of the original TMNT films and animated franchise, but hope that newer TMNT fans also appreciate the game.

From a purely demographic perspective, men aged 25 to 44 are currently the largest group of players, but we’ll see if that changes over time as more and more fans of the franchise find the game.

From a development standpoint, Covid-19 has obviously disrupted everyone’s normal day-to-day life, and it was no different for our teams. Synapse as a studio has always worked in-person, and game development often benefits from those in-person creative moments.

However, with Kongregate being a distributed company from the very beginning (20 per cent of employees work remotely and we have four different locations), we feel like we were able to adapt to the fully work-from-home life relatively well.

Of course, we went through an additional adjustment period to make sure folks took care of their mental health, parents had the space to take care of their kids and all the adjustments everyone has had to make. Despite this, we didn’t have any significant delays to our launch schedule.

Yes. We soft launch all our games for varying lengths of time depending on the early metrics we see. TMNT: Mutant Madness came out of the gate with very promising results. and after some early game-tuning and finishing touches, we felt it was ready for a larger audience.

One of the most important things we saw in test markets was where players were having trouble and dropping out. When you play a game every day for months, it's sometimes hard for us to anticipate those moments so test markets are really crucial for that.

For TMNT specifically, we noticed that a decent number of players weren’t collecting all of their rewards and were getting stuck at an early level. Therefore, we adjusted the game’s tutorial to remind players to collect all of their items and make sure it was a really seamless experience.

We are very happy with how the game has been performing! We’re excited to see it continue to grow and evolve over the next few years.

Launching a game these days is just the beginning; we’re in this for the long haul. We think of live ops as a multi-prong approach, with new features, new content, new events and more.

We want to give players the opportunity to play with their heroes in different ways so we have several additional features that are already in the works including Sewer Surfing and Channel 6 Rush. For our event cadence, we have plans for themed seasons that will keep the game exciting and competitive.

We have a lot going on. The majority of our business in 2020 is really focused on mobile free-to-play, which is where we’ve seen big successes over the last several years. Now that TMNT: Mutant Madness has launched; we’re looking at the next project for our Chicago-based Synapse studio after some much-deserved rest and recreation.

Our San Diego-based studio Ultrabit is working on a top-secret new idle game. We’re really excited about it and will share more details soon! In addition to new titles, we also remain focused on growing our current games, including Animation Throwdown, Bit Heroes, and Idle Frontier. Each has exciting development plans that should keep the games fresh for years to come.

And lastly, we’re growing out a new business line under our Tonic studio focused on acquiring legacy titles and breathing new life into them through increased live operations. Our first title under the program, the battle royale shooter Surviv.io (available on web and mobile) is already showing strong results.