UFC-branded mobile games to arrive in 2023 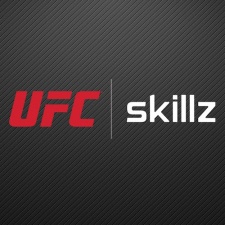 The deal will allow Skillz’ developers to create UFC-branded competitive mobile games which will be marketed by both Skillz and UFC.

Going forward, selected Skillz community developers will be able to utilise certain UFC and UFC athlete IP for their games and marketing. The wave of UFC-branded mobile games are expected to begin rolling out from 2023 onwards.

"The popularity of the UFC brand, which represents one of the fastest-rising sports globally, combined with Skillz’ mobile gaming expertise, is a huge win for developers seeking to monetise and grow their games through the power of competition."

The company has stated that the partnership is part of its strategy to align the platform with the sports industry.

UFC isn’t the first sports brand to partner with Skillz. The firm recently revealed the finalists of its Game Developer Challenge partnership with the NFL, with the winners earning the rights to use the NFL brand and club logos in their mobile titles.

Yesterday, at GDC Skillz announced that Big Buck Hunter developer Play Mechanix is the winner of its Game Developer of the Year award for bringing Big Buck Hunter Marksman to the platform.