Tilting Point to invest up to $60 million in Match 3D

"The potential of Match 3D was always incredible" 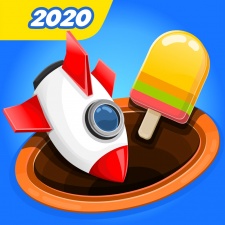 Mobile games specialist Tilting Point has committed to an investment of up to $60 million to Loop Games' title Match 3D.

Originally, the pair formed an initial user acquisition partnership for the puzzle game. However, the new investment comes on the heels of Match 3D, reaching the top 100 grossing games on the US App Store.

Back in June 2020, before the UA partnership was formed, Loop Games saw 500,000 daily active users for Match 3D. Since then, that number has grown to a staggering 2.6 million.

Tilting Point and the Turkish games studio will expand their partnership into App Store Optimisation through the new funding.

"Tilting Point was instrumental in providing the UA funding and expert consulting that we needed to boost Match 3D to its rapid success; if not for their support, the game wouldn't be where it is standing right now," said Loop Games CEO Mert Gur.

"It's been a fantastic journey building Match 3D and adding to the dynamic development community in Turkey; I know that Match 3D is poised for even greater success now that it has the support of Tilting Point's ASO expertise."

In December 2020, Match 3D managed to reach the No.7 spot for downloads in the App Store's free-to-play section. However, it had been in the top 50 games for installs for six consecutive months.

"The potential of Match 3D was always incredible, with retention numbers that proved players kept coming back to play its novel twist on a favourite genre; its success is very well deserved, and we're proud to have been able to help it scale so much already," said Tilting Point president Samir Agili.

"We look forward to this next stage in our partnership with Loop Games and hope to continue to evolve our relationship in the future. Loop Games is a great example of continued growth and importance of the game development industry in Turkey, and we will continue to push hard to help developers in this important market to scale and succeed."

Last month, Tilting Point launched a new initiative for its Saint Petersburg studio. Prior to that, the company formed a live-publishing partnership with South Korean firm Storytaco.