We spoke to the Tilting Point CEO about Web3, monetisation, and the future of mobile gaming 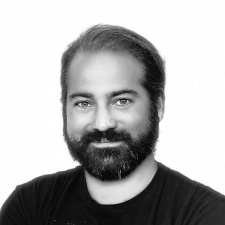 Tilting Point is a games publisher that is at the forefront of Web3. A fixture in our top 50 game makers list in recent years, the company is responsible for titles such as M&M's Adventure, Star Trek Timelines, and Spongebob: Krusty Cook-off. We spoke to CEO and president Samir Agili about the company, Web3, and the future of the mobile gaming industry.

PocketGamer.biz: Firstly, can you please introduce yourself and briefly explain your role within your company?

Samir Agili: My name is Samir Agili, and I am President & CEO of Tilting Point, an international games publisher specializing in F2P Growth, Web2 and Web3 services. I have over 19 years of experience in the video games industry, including with Gameloft and my 7 years at Tilting Point. My role is to manage the company’s day-to-day operations and drive our service offering and product portfolio. We have multiple publishing studios and 1st party development studios worldwide, working hard to turn indie game titles into major hits and to take their game engines to the next level. I am a game maker at heart, and Tilting Point is a great partner for other fellow game makers.

The emerging popularity of free-to-play gaming in the last decade was an enormous shift, it is impressive to see how business models can drive game design. F2P was and remains controversial amongst gamers but the reality is that combined with mobile devices it drove an enormous expansion in players around the world from a few hundred million players to over 3 billions players today. F2P forced every game maker to design games in a whole new way, games couldn’t have an end and that had to be operated as a live service etc…Ultimately F2P changed how we build games, who builds them, it expanded the numbers of players around the work to 3b players, and it brought mobile games to over $120B in revenue.

Did you see the above-mentioned change coming? If not, how did you adapt to it?

I saw it coming but didn’t initially expect it to take over the industry, I moved to Tilting Point in 2015 with the ambition of helping independent developers succeed in f2p.

The success of streaming services like Netflix and Disney+ proves the appeal of on-demand entertainment for a monthly fee, if the content is strong

What we’re seeing now in the industry, like in so many others, is considerable consolidation around the largest competitors, with the top performing games largely having been developers over 5 years ago. This is in part due to algorithms still favoring the early massive hits, an issue exacerbated by the loss of app tracking for ad-based games on iOS, which is an imminent change for Android as well. The emergence of Web3 games resets the playing field, much like F2P did almost 10 years ago. We expect there will be new massive web3 hits, which is why we partnered with Polygon Studios in March to bring to market 10 next generation web3 games.

Based on the growth of subscription models in mobile gaming, it’s fair to say that there is a significant audience for both models. The success of streaming services like Netflix and Disney+ proves the appeal of on-demand entertainment for a monthly fee, if the content is strong. At the same time, F2P mobile games showed that engaging players with a frictionless first time user experience was the path to success for publishers, even though many players prefer titles free from microtransactions. It really comes down to offering the right type of game for every player. We’ve even found that a game like SpongeBob: Krusty’s Cook-Off can thrive on new platforms, like the Nintendo Switch.

I think we are seeing 5 key directions ahead for mobile games. 1) mega game production: Genshin Impact, COD, Diablo, games for gamers with massive production cost and super high quality, we will see many more of these. 2) Cross play: games that can be played across all gaming devices, like Fortnite. 3) The appearance of more subscription platforms. 4) Web 3.0, bringing ownership and cross game features to F2P players. 5) Game building platforms & UGC, enabling players to build their own games.

I was very impressed by lidar recently and I'm wondering if we are going to see more and more games like lidar.exe where players can create their own maps using lidar for a First Person Shooter or any other sort of games.

Last year, we listed Tilting Point as one of our top 50 game makers for the second consecutive year. Keep your eye on our site to see if it extends its streak later this month when we'll release our 2022 awards.