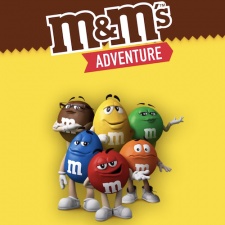 Developed by Vietnam-based Gear Inc, M&M’s Adventure is the first mobile game to feature the M&M’s characters, and will feature over 1,000 levels at launch.

Following its expected launch in Spring 2022, the game will include liveops content, with multiple in-game events, month-long seasonal events, leaderboards, and more planned.

"Players will get to experience the iconic M&M’S brand through a mobile game for the first time, which feels exciting, fresh and totally natural at the same time," said Tilting Point president and co-CEO Samir Agili.

“We look forward to delivering a new way to experience the M&M’S brand to fans around the world."

Pre-registration for M&M’s Adventure on Android devices is available here.

Earlier this month, Tilting Point acquired South Korean mobile games developer AN Games, best known for AstroKings, with plans to scale the studio in both Eastern and Western countries.