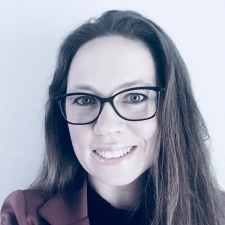 Culture is an integral part of any company and can determine how high staff morale is.

As part of Pocket Gamer Connects Digital #5, we held a panel on making lasting changes in your company culture.

It is so important to get the culture right when creating a new studio. As such, a company needs to think about its cultural values and embed it into a new studio.

In the long term, better games will be created through a happy team that is able to embrace its company culture.

However, the culture of a company can also be dependent on whether they have adopted remote working. Though, thanks to COVID-19, this has been forced among most firms.

Can you hear me?

"The challenge of remote working is communication," said Ferguson.

The pandemic caused much disruption. However, while there may have been technology woes, a whole new talent pool has been opened up for permanently doable roles from home.

Big companies may have had the advantage of already having a strong culture before the pandemic hit. But, newcomers could struggle should communication efforts not be maximised whilst working remotely.

"Remote work was something we were familiar with," explained Dolenc.

Some companies already had remote working as part of its culture, be it permanent or through allowing staff to be either at home or in the office or perhaps provide a combination of the two.

Leaders of a company must be quick to address disruption within the company. Trust is essential to building a good culture, and a lack of support and acknowledgement from leadership could well be damning.

Empathy is also vital. Individuals need to feel valued both alone and as part of a team.

"The thing that is most important is to remember what sort of company we are," said Ferguson.

By knowing who you are as a company, you will form more of a bond with your audience while also bringing the team together.

"For changes to be lasting it has to change the company DNA" explained Dolenc.

Again, she implored companies to embrace empathy to improve culture, and not just for now, but for the future too - caring for the people is definitely going to make out culture last."

"If you are going to make lasting change in a company, you need to know what your values are. Get rid of people that are detrimental to your culture and promote those that are an asset to your culture," said Dobrowski.

Cultural issues can be avoided through team exercises, bringing the team together through the right cultural values. Train empathy and good team dynamic early to create good changes for the long term.

"Authenticity is the key to underpin everything," said Russell.

It is important to "challenge toxicity head-on" and to remove negativity through authentic leaders. Essentially, the higher-ups can be good role models and set the standard for everyone within the company.

PGC Digital: How to build a good company culture