The majority will be generated on the App Store 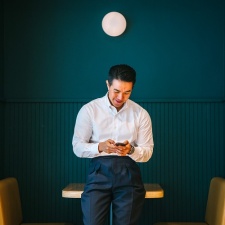 Player spending on mobile games will hit $138 billion in 2025, according to Sensor Tower and its latest market forecast.

More specifically, there will be a compound annual growth rate (CAGR) of 10.3 per cent on the App Store, meaning that the storefront will generate $78 billion in 2025.

Meanwhile, Google Play will generate $60 billion with a CAGR of 13.3 per cent.

Overall, consumer spending on mobile games accounted for 66 per cent of global expenditure on smartphone storefronts.

However, that number will drop to 42 per cent by 2025 as non-gaming apps experience tremendous growth.

Moreover, it is believed that consumer spending on mobile apps will hit $270 billion come 2025.

Meanwhile, the number of mobile game downloads on the App Store will have a CAGR of 5.2 per cent, meaning 13 billion installs will occur in 2025.

On the storefront, games will prove to have a slightly better growth rate as non-gaming applications will have a CAGR of 4.3 per cent.

However, the opposite is true for Google Play as game installs grow by 7.5 per cent to 66 million in 2025, while non-gaming applications will have a CAGR of 14.1 per cent.

Last year, the number of first-time downloads reached 143 billion, the largest number of new installs since 2016.