Partnered with the Playing for the Planet Alliance 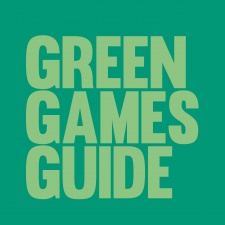 Following the new guide's creation, both Games London and Ukie have formed a partnership with the Playing for the Planet Alliance.

In the new document, businesses will find advice on how they can change their practices, encouraging a reduction in waste and emissions.

Moreover, games developers can educate players on the importance of climate change and how to combat it.

"The launch of the Green Games Guide is a milestone for London and UK games developers – most importantly, it starts a conversation about how businesses of any size can play a part in addressing climate change," said Games London head of games and film Michael French.

"Interactive entertainment is one of the most innovative sectors in the world, with one of the most engaged audiences. Let's use all that to make a swift and positive contribution to the planet."

Having become an associate member of the Playing for the Planet Alliance, Ukie is committed to becoming carbon net zero by the end of 2022.

The impact of climate change affects us all, as individuals, businesses and global citizens.

"The games industry, with its boundless creativity, its constantly evolving interaction with technology and its power as a communications medium to reach and inspire a global audience of billions, is particularly well equipped to start collectively making a real difference.

"We're delighted to join Playing for the Planet, to help games businesses understand how their practices in making games and doing business can be more environmentally friendly.

"Some games companies are already taking action, so amplifying their efforts and sharing best practice widely will make a bigger difference."

The new Green Games Guide can be found here.