"I think that our industry is uniquely positioned... to overcome challenges" 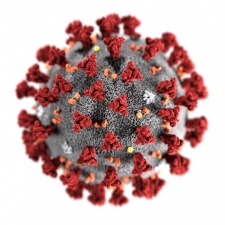 As part of Pocket Gamer Connects Digital #6, we held a panel centred on the game business post-vaccine - a new path to normality.

Last year, the coronavirus swept the globe, causing a global pandemic that affected the games industry.

One such impact was more games being played due to the number of people stuck at home in lockdown. However, it wasn't all plain sailing for those within the games market.

"I think everyone has learned so much because we were forced to," said Osborn.

He explained that Ukie learned just how resilient the games company truly is, unlike the film industry, which needed support fairly early in the pandemic.

There was about 80 per cent production found in the games industry by Ukie, with many companies still hiring despite the pandemic. As such, it showed the industry to be more resilient than others.

"We learned a lot about the character of the industry," Osborn added.

As for the IGDA, the non-profit organisation has offered support to those within the industry.

"I think that our industry is uniquely positioned to use the technology we are familiar with to overcome challenges," said Gittins.

Many teams began to use more communication tools as a means of staying connected, giving the feel of an open office space, something that "the games industry is accustomed to."

As Gittins pointed out, mental health became a more prominent issue for many due to lockdown and being stuck at home. As such, the IGDA offered advice on remote working, among other things.

Bosc explained that there had been some downsides to not being able to go to physical events due to many using such occasions to network.

However, for some, digital conferences have been a blessing. Largely due to not needing to spend so much money on travel.

"Yes, it's harder, but you can make progress right now," Bosc explained when discussing digital events.

"We are entering a new normal. Not all game studios are returning to in-person work," said Gittins.

The pandemic has caused changes, some of which are now going to be permanent. Remote working has been shown to be efficient, which has opened up a larger talent pool as they do not need to come into the office anymore.

"A lot of studios have been able to overcome that difficulty and are looking at the future through a new lens, realising that remote working is a benefit to their toolbox," Gittins explained.

However, it can still be beneficial to see people in person, particularly when it comes to events. Therefore, despite the success of digital events, physical conferences will still be prominent as the world opens up again, post-pandemic.

PGC Digital: Understanding how to pitch to a publisher