For its online games backend solution 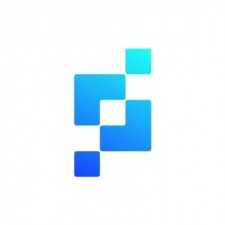 As detailed in a site update, the investment was led by Greylock's David Thacker with participation from existing investors, Upfront Ventures and Advancit Capital.

"Co-founders Chris and Eden are incredible technologists and entrepreneurs with a unique passion for gaming," said Thacker.

"They have assembled the best backend team in the gaming industry, with prior experience scaling games to millions of concurrent players and 100M+ monthly active users.

Pragma was founded in 2019, when co-founders Eden Chen and Chris Cobb teamed up to provide a backend solution for developers, allowing them to focus on gameplay and storytelling.

Initially, the pair did want to create their own game. However, there was an opportunity within the market to provide valuable aid to studios.

"Rather than build a game ourselves, we realized we could instead have a huge impact on multiplayer gaming by helping studios and developers with the backend," said Chen.

The platform is an aid to all devs across mobile, AR, VR, PC and console.

It "equips developers with code-level access, the ability to own and operate their own infrastructure and data, and out-of-the-box scalability to millions of concurrent players."

For more information on Pragma and what it offers, you can visit its website here.