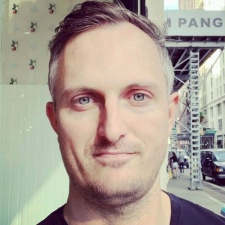 As reported by VentureBeat, the seed round of funding was led by FirstRound Capital, Box Group, Ludlow Ventures, Golden Ventures, among others.

The yet-to-be-developed title will give players the chance to win cash prizes of potentially thousands of dollars for an entry fee of $1 minimum.

The digital quizzes take place every 15 minutes from 17:00 PT to 20:00 PT, with competitors able to choose from a variety of topics to compete in.

The game will initially launch on iOS before arriving on Android at a later date.

"What sets BigBrain apart is a focus on players’ areas of expertise, rather than just general knowledge," BigBrain CEO Nik Bonaddio told VentureBeat.

"Questions are created and fact-checked by teams of experts and protected from cheating using proprietary technology developed specifically for the platform."

Bonaddio added that: "Trivia is the biggest skill game there is and we’re applying that business model to trivia. You buy into it, and if you win, you could win a lot of money.

"We spent the last year in lockdown building it, and now we’re launching. It’s super exciting."

TeaTime Games' Trivia Royale was one of the most recent hits in the genre, scoring over three million downloads in less than a month.

We spoke to Teatime Games CEO Thor Fridriksson about the failures of his previous project QuizUp and now-defunct studio Plain Vanilla, following the release of Trivia Royale.