63% began playing more as a result 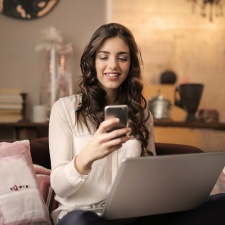 The 75 per cent rise in people playing mobile games for an increased amount of time under the pandemic is expected to remain the same once it ends.

That's according to a report from market intelligence firm IDC and digital advertising platform LoopMe, which conducted a global survey assessing mobile player behaviours, with 63 per cent of respondents confirming an increase in their gameplay time.

The worldwide base of those that play mobile games on a smartphone or tablet similarly increased by 12 per cent year-over-year in 2020 to an estimated 2.25 billion. Six per cent of new players today didn't play prior to the pandemic either.

Three out of four mobile players were found to be playing games so that they could be entertainment or pass the time, while four per cent stated it was to engage in "safe" virtual social interactions due to the lockdown.

"Two of the clearest and most important signals we found in the survey results were that mobile gaming activity tended to increase more in the countries with the highest COVID-19 death rates, and that gamers in these same countries expected a larger pullback in gaming once the pandemic has subsided compared to gamers in countries that have had low COVID-19 death rates,” said IDC director of gaming Lewis Ward.

"This latter change, which should propagate globally in the next 12 to 24 months, will likely have important implications for game developers and publishers, as well as for those involved in mobile game advertising."

The survey was participated by approximately 3,850 smartphone users in Germany, Brazil, Singapore, Japan, the US and the UK in April 2021. A reason behind these countries being selected was because of their mix of high and low COVID-19 impact rates,

Brazil has seen a huge uptake in players lately. So much so, that it's predicted that mobile will drive the country's games market to $2.3 billion in 2021.