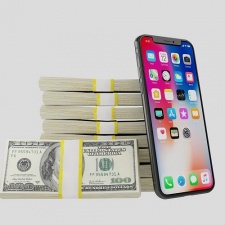 The mobile games industry is expected to be worth an estimated $230 billion by the year 2030, according to a new report from GlobalData.

This figure will be a huge leap from the $98 billion valuation of the industry in 2020, representing a rise of almost 178 per cent. With that, the mobile games sector is predicted to record a compound annual growth rate (CAGR) of 11 per cent over the next decade.

While the rise of mobile games has been ever-increasing, this particular jump was attributed to the introduction of 5G around the world alongside new processors and improved display technologies, making the market more accessible than ever.

"The growing maturity of streaming (supported by 5G), cloud gaming services and mobile esports - combined with the fact that mobile platforms are close to technical parity with PCs and consoles - means most gamers will embrace mobile gaming in the next few years."

Speaking on the importance of 5G and how it will push the sector even further, Guha stated that: "5G networks allow games to be downloaded faster than current 4G networks and aid the development of mobile-based cloud gaming services and augmented reality (AR) games.

"With the ability to support one million devices within a single square kilometre, 5G will drive more users towards mobile gaming, especially multiplayer titles. This, in turn, will boost the growth of mobile esports.”

More recently, it was revealed that the Finnish games industry has grown by nine per cent to nearly $3 billion in revenue in 2020.

95 per cent of gamers in Africa choose mobile, says Newzoo

Mobile was the top-earning games platform in 2020