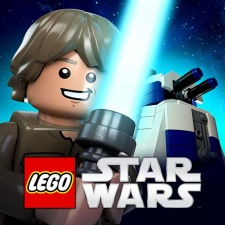 News of the game's closure began to surface online with players sharing in-game screenshots (via Twitter) of a notification explaining that LEGO Star Wars Battles will be shutting down from July 1st. Players were encouraged to spend the remaining of their currency before the mobile app went offline.

LEGO Star Wars Battles was a real-time multiplayer PvP game designed for mobile that featured arenas inspired by iconic locations and familiar faces from the Star Wars universe. Players also built LEGO towers on the battlefield to strategically attack, defend and capture territory, with the goal of taking over an enemy's base to claim victory.

Developed by Playdemic in partnership with LEGO, the title originally made its way out to soft launch in September 2019. It was being tested in the likes of Australia, New Zealand, Netherlands, Sweden, Malaysia, and several other countries.

"We are sorry to say the Lego Star Wars Battles will be closing. The game will no longer be available for download and officially closed on Thursday, July 1st," the message reads.

"As of today, you will no longer be able to make in-game purchases. If you have any currency, remember to use it before the game goes offline on July 1st. We want to thank all of the players who have supported the game and we hope to see you again soon in a galaxy not too far away."

EA acquired Playdemic last month and potentially might have been behind the decision to end development and not progress with a full launch.

PocketGamer.biz has reached out to Lego and Playdemic for comment.

Gameplay footage of the soft launch was uploaded to YouTube before being taken down. Check it out below:

LEGO recently announced a partnership with Sega that will see Sonic the Hedgehog receive his own official LEGO set as part of the character's 35th anniversary.

We previously spoke to LEGO strategic partnerships lead Ankur Suri about his time in the industry alongside the challenges of obtaining a job when you live in a developing country.

Building an artistic game out of tiny bricks: The making of LEGO Builder's Journey