"Many of you might be shocked, but I truly believe that Xsolla is not for you…" 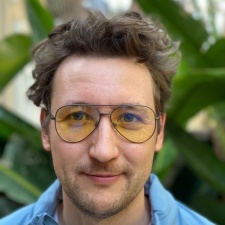 Shurick Agapitov is the CEO and founder of Xsolla, a payment services company that works with game developers.

Game payment services provider Xsolla has reportedly laid off as many as 150 employees at the company's head office in Perm, Russia.

As originally spotted by Game World Observer, Xsolla CEO and founder Aleksandr Agapitov sent a letter to those who would be affected by the job cuts, explaining that the decision was based on big data analysis of their activity (although a follow-up interview with Forbes Russia suggests 60 of those contacted may be kept on). The email subsequently leaked and was corroborated by employees as being real.

The full translation of the email sent out by Agapitov reads as such:

"You received this email because my big data team analysed your activities in Jira, Confluence, Gmail, chats, documents, dashboards and tagged you as unengaged and unproductive employees. In other words, you were not always present at the workplace when you worked remotely.

"Many of you might be shocked, but I truly believe that Xsolla is not for you. Nadia and her care team partnered with seven leading HR agencies, as we will help you find a good place, where you will earn more and work even less. Sasha will help you get a recommendation, including the one from myself. And Natalia will read you your rights.

"Once again, thank you for your contribution. If you want to stay in contact with me, please write me a long letter about all your observations, injustice, and gratitude."

Agapitov subsequently held a press conference online, where he stated that the layoffs were made because the company failed to maintain 40 per cent growth, with those let go primarily being line employees, not managers. It was also suggested that layoffs could total as much as 40 per cent of Xsolla's headcount across all of its offices, although other reports suggest a 10% saving on staff costs was the target.

Following the conference, the CEO sent out an explicit tweet via his personal account that roughly translates to "Work hard or get the f*ck out".

This latest action comes at a time when staff treatment in the games industry is very much under the spotlight. Activision Blizzard has come under scrutiny for the treatment of its employees and is now facing two lawsuits.

Meanwhile, Fusebox Games recently responded to claims that it has made several layoffs at the company, citing a need for restructuring.