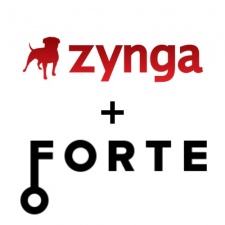 Zynga has entered a partnership with blockchain platform Forte to create "fun and enduring" blockchain games.

The firms believe that evolutions in blockchain and NFT technology are creating new "economic and creative opportunities" for developers, partners and the players alike.

In November, Zynga solidified its interest in the blockchain games market with the appointment of its first vice president of blockchain gaming.

"Our goal is to bring a new level of quality and fun into Web3 and blockchain games, while also providing a safe and trusted ecosystem that will keep our valued players and communities entertained for years to come," said Zynga vice president of blockchain gaming Matt Wolf.

"We’re excited to partner with Forte because of the team’s long‐term vision and approach to blockchain solutions and Web3 development."

The partnership follows a recent Series B funding round which saw Forte raise $725 million from investors including Playstudios, Netmarble, and Animoca Brands-owned nWay.

Forte co-founder and CEO Josh Williams added: "We are proud to partner with Zynga as we look to advance the blockchain gaming ecosystem in a responsible way that will engage and benefit gamers, and provide them more economic opportunities. We have built the Forte platform with best-in-class interoperability mechanics and compliance measures in our continuing efforts to bring safety, stability and trust to both developers and players."