Aims to bring indie developers onto the blockchain 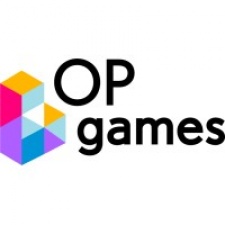 Named GM Frens, the aim of the new publishing company is "break down barriers to entry" and allow indie developers to generate an income from their creations.

Games published through GM Frens will be made available on OP Games’ platform, OP Arcade. At the time of writing, OP Arcade has 10 games available on the platform, including Flip Flop, Connection, and Proxx.

In October, OP Games raised $8.6 million from a seed round to combine NFTs, blockchain, and DAOs, with plans to support over 500 games by the end of 2022. The creation of its publishing arm is firm’s first big step towards this goal.

"We are excited to bring GM Frens into the mix of all the great things OP Games is building," said OP Games CEO Chase Freo.

"A Web3 game publishing arm will not only ensure funding opportunities for game developers but will also allow us to usher more Web2 game developers into the world of blockchain and crypto."

Elsewhere in the blockchain space, earlier this week The Sandbox revealed multiple partnerships with leading Hong Kong firms and investors to create a Mega City within the metaverse.