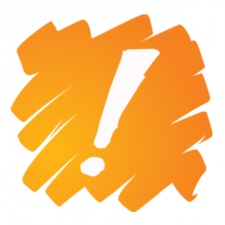 Video games charity SpecialEffect has launched a new online resource to increase the accessibility of games.

The new SpecialEffect DevKit includes over 40 videos that are split into seven topics aimed at improving motor accessibility for players, including multiple input devices, action mapping, analogue sensitivity, and more.

"Our in-person assessments have given us an invaluable insight into the kinds of accessibility features that could make a literally game-changing difference to the gamers we help," said SpecialEffect founder and CEO Dr Mick Donegan.

Donegan added: "The SpecialEffect DevKit breaks these improvements down into detail, explains why they might be useful for some players, and shows developers examples of how they might create and implement them into their own games."

"We are hoping that the DevKit will become a valuable source of information for developers around the world."

SpecialEffect holds its fundraising event, One Special Day, once a year and recently raised a record $800,000 in October 2021. The next fundraiser will be held on October 7 2022.

Accessibility is, rightly, recognised as an essential step in ensuring gaming reaches as wide an audience as possible, with steps including EA making five accessibility patents free for developers back in 2021.