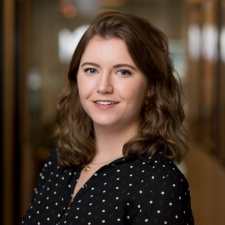 The past few years have placed many free-to-play monetisation and UA strategies under scrutiny, and there may be further changes on the horizon with many calling for more regulation.

Kicking off day two at PG Connects London, Wiggin LLP associate Isabel Davies examined the most recent developments in free-to-play regulation and explored what we may see in the coming months and years.

At the end of 2020 there was a call to UK games industry stakeholders asking for their opinions of loot boxes, and what, if any, regulations may be needed. After receiving over 30,000 responses, the results have been continuously pushed back but are expected to be released in the coming months.

Other countries, such as Germany and Sweden, have also considered the effects of loot boxes, and whether they should be considered gambling.

Davies believes that the consensus will be that loot boxes will not be considered gambling, however, there is likely to be certain rules that are put in place that advise what can and cannot be done.

In 2019, the Competition and Markets Authority (CMA) opened an investigation into console subscriptions, particularly concerned with the auto-renewal of these subscriptions and consumer’s rights.

Davies expects that we will see several changes to come as a result of this, such as companies providing more upfront information to consumers, providing them with an opportunity to leave the contract, or pro-rata refunds for recurring 12 month subscriptions.

Additionally, Davies suggested that there may be regulations put in place that instruct firms to contact inactive subscribers, informing them that they are still being billed and giving them the option to cancel this.

Another topic that Davies brought to light was the marketing of non-core gameplay or items.

One high-profile example of this is recent adverts on Facebook for Gardenscapes and Homescapes, both from Playrix, which were accused of advertising features that were not in the games.

Following several complaints regarding ads displayed on Facebook, the Advertising Standards Authority (ASA) ruled that Playrix’s ads for Gardenscapes and Homescapes were misleading and must not appear again in the same form.

However, Davies highlighted how this could make it difficult for marketers to advertise new features added to games that have been around for a while.

For example, when developers add new features to a game that may be accessible later in the game, this is what they want to show to tap into a new market or bring back inactive players.

The ASA's ruling leaves a grey area on ways that new features can be marketed as although they may not be present in the early game, they may be available later. Davies did note that the ASA is not bound by its own rulings and an alternative decision may be made in a separate case.

Video interview: Data.ai on the rise and continuation of mobile spending