Voodoo Academy is training the next generation of hypercasual developers 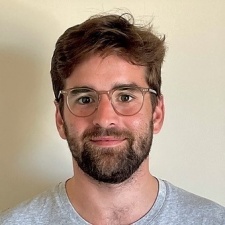 The program, available on iOS and Android, is designed to give inspiration and support to the next generation with building and testing mobile games.

Free educational content will be offered through Voodoo Academy, as well as coaching for newcomers to hypercasual such as game development students and recent graduates.

The key criterion for accessing free content is that a newcomer has yet to publish a game with another publisher – though access will also be granted to experienced hypercasual studios that work with Voodoo.

After kicking off on April 14, new courses are to be added to the training platform on a regular basis in addition to events and livestreams with partnering studios like OHM Games.

Prizes will be made available to students that reach particular milestones during the program, from $1,000 for the first three tested prototypes to $3,000 for high-potential prototypes.

"We believe that with the right training from Voodoo experts, budding hypercasual game developers can gain years of experience in only a few months," said Voodoo Academy lead Stanislas Marchand.

"With Voodoo Academy, we are putting this belief into practice by offering a free-to-access pathway for students to learn, share and build long-lasting success with Voodoo’s guidance."

Those who complete the Voodoo Academy will be given access to Voodoo’s publishing and testing platform, in addition to having the opportunity to form their own studios with fellow students and gain financial support for testing prototypes.

Voodoo's worldwide Spring Game Competition started in March this year with a focus on ideation methodology. Winners are expected to be announced from the middle of April.