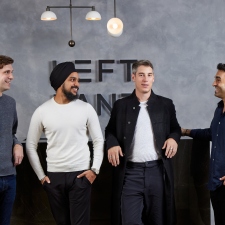 New York-based venture capital firm Left Lane Capital has announced the closing of its second fund with $1.4 billion in commitments.

This exceeded the company’s original target of $1 billion and makes for the lion’s share of its more than $2 billion total committed capital over the course of the past two years.

"We're not just investors, but also builders, leveraging the market expertise of our team to accelerate businesses with more precision than generalist firms. It is a privilege to support entrepreneurs, and we never take it for granted," said Left Lane CEO and managing partner Harley Miller.

Left Lane managing partner Dan Ahrens added: "We are building the best possible place for consumer and internet investors to create their own brands and be trusted partners to the next generation of market-defining entrepreneurs."

The firm’s initial investments were in companies such as Vienna-based unicorn company GoStudent and funding platforms for e-commerce businesses. Since then, it has made a total of 36 investments in consumer technology, gaming, entertainment businesses, and more.

"Left Lane is flipping the VC model on its head. Not only are they our go-to sparring partners for all strategic decisions small and large, they've also championed our company within the market. Many of the CEOs they supported in the past have invested in their fund, which was a strong signal for us," GoStudent CEO Felix Ohswald commented.

Makers Fund recently revealed the closing of a $500 million fund to invest in games industry and tech startups, as well as other early-stage ventures.

Galaxy Interactive appoints Ryan You as co-head of gaming division