Acquiring all IP and assets relating to the Hue franchise 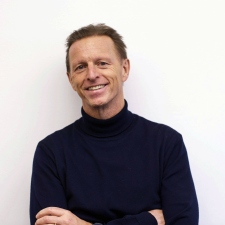 Hue is an award-winning game that has been supported by Curve Games since 2016, and through this acquisition Curve intends to serve the title’s growing community whilst also expanding its own IP.

Fiddlesticks Games isn’t the only recent acquisition by Curve; the company purchased the Bomber Crew creator and Brighton-based studio Runner Duck and the Vancouver-based Iron Oak Games, the team behind For the King.

Speaking on the Fiddlesticks Games acquisition, Curve Games CEO John Clark commented: "Furthering our growth strategy, Hue’s uniquely colourful take on the puzzle-platformer formula makes it a natural fit for our growing portfolio of quality indie games. We’re excited to be bringing Hue into the Curve fold entirely and look forward to seeing how we can expand this IP."

Curve’s acquisition is for the entirety of the company, with all IP and assets relating to the Hue franchise now belonging to it. Casual games platform FRVR also recently expanded its games portfolio with the acquisition of first-person shooter game Krunker.io.

"Hue is one of our portfolio’s highest-rated titles and has been enjoyed by millions of gamers the world over. This acquisition will enable Curve to secure Hue’s future and continue serving the game’s growing community with added content and potential sequels," Clark added.

Fiddlesticks Games co-founders Dan Da Rocha and Henry Hoffman said: "Curve has been a great partner to Fiddlesticks and will be the ideal custodian of the Hue franchise going forward.

"They have been a pleasure to work with over our six-year publishing partnership – being fully supportive of us as indie developers. And we’re excited to see how the franchise will grow under their new ownership."

Earlier this month, New York City demanded access to records that may exhibit wrongdoing in connection with Microsoft’s acquisition of Activision Blizzard.