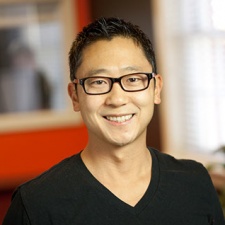 Blockchain gaming firm Azra Games has secured $15 million in a seed round led by Andreessen Horowitz (from both their games and crypto funds), with participation from NFX, Coinbase Ventures, Play Ventures, and Franklin Templeton.

The seed financing will be used to escalate the development of Azra's debut game, Project Arcanas.

Although the debut title from Azea, Project Arcanas will be the ninth project of Mark Otero, co-founder and CEO of Azra Games and veteran game designer. Perhaps Otero's most recognisable title, Star Wars: Galaxy of Heroes, has made over $1 billion in revenue and has been EA's top performing mobile game for almost six years.

Recreating the joy of toys

Otero commented: “As a kid, I spent countless hours role-playing with all of my different toys. At Azra, we are making a game to recreate this joy, to re-engage adults’ imaginations once again with the ultimate collectibles fantasy, combined with the ultimate fast-paced mix-and-match combat that is accessible yet deeply strategic.

"Imagine role-playing giant monsters, robots, and creatures, and leading your favorite heroes and villains to battle – and on top of satisfying game sessions, a vibrant marketplace and a sustainable economy based on the real value that only web3 can unlock to deliver the most compelling and complete play experience.”

Jonathan Lai, General Partner of Andreessen Horowitz added: “CEO Mark Otero is a seasoned game director who was at the forefront of mobile free-to-play games with the hit franchise Star Wars: Galaxy of Heroes. We’re excited to partner with Mark and the Azra team as they apply their expertise to Web3 games in creating new types of gameplay and economy design.”

Andreessen Horowitz recently announced the launch of a $600 million games industry VC fund, specifically with an aim to support games infrastructure and technologies as “key building blocks” of the metaverse.