Report analyses mobile sectors in US, Japan, and China 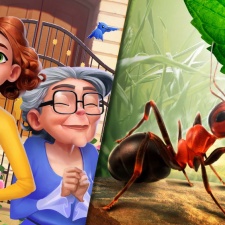 GameRefinery’s latest review, looking at the gaming market for the month of May, highlighted the successes in the US, China, and Japan, and noting the considerable impact of two new releases.

The US saw the launch of two mobile games that raced towards top-grossing positions in May – Ni No Kuni: Cross Worlds and Apex Legends Mobile. The latter, a mobile version of the popular PC and console battle royale game – reached the 23rd position in the top-grossing chart.

May also aligns with Golden Week in Japan, and many mobile games within the country saw related in-game events and celebrations. This included Dragon Quest Tact, which brought in a log-in calendar, gachas, and a Dragon Quest X questline.

4X games more broadly have maintained a strong presence across markets, GameRefinery has found, from The Grand Mafia entering top-grossing charts in China to Age of Origins doing likewise in the US.

A time of collaboration

This May also saw a number of cross-franchise collaborations, as noted in GameRefinery’s review with cases such as Sonic the Hedgehog characters appearing in Popkart Mobile and Minecraft releasing Star Wars-themed events.

One of the most successful May events was reportedly in Punishing: Gray Raven, which introduced a voting event as well as a new character, boosting its revenue sevenfold.

You can read the full report through this link, and another recent data.ai report suggested that this year, mobile gaming will exceed 60 per cent of the entire games market.