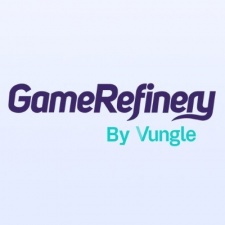 Despite the fact that casual and hypercasual games have previously dominated the mobile market, a new report by GameRefinery has shown that midcore games such as Diablo Immortal and Call of Duty: Mobile are gradually becoming more prominent in the US.

Of the midcore games released in the past 365 days, nine currently sit in the top 200-grossing chart, compared to only three casual games.

The top performers in the midcore market of the past six months are Diablo Immortal, Dislyte, and Apex Legends Mobile.

The report states that part of this growth can be attributed to AAA developers taking mobile gaming more seriously, and as a result offering an AAA experience on mobile devices more frequently.

A part of this is a focus on core gameplay. The report states that midcore games have recently become able to more accurately emulate the control and precision of console or PC gameplay to the mobile market, resulting in an experience closer to that found in AAA games.

Part of the success in terms of revenue is attributed to monetisation strategies, such as gacha systems and battle passes. Additionally, more than 65 per cent of the top midcore games include more than one gacha. Recently, midcore games have been implementing external web stores to bypass in-app purchase fees, further increasing revenue.

The report also shows that games which offer consistent updates and in-game events experience more success, as they consistently give players a reason to return to the game. These events can include limited-time gachas. Genshin Impact, for example, has consistently seen huge spikes in its revenue with the release of new characters.

Diablo Immortal is singled out as one of the top performers of the past six months and has earned over $49 million in revenue since its release.