After five consecutive years of profitability 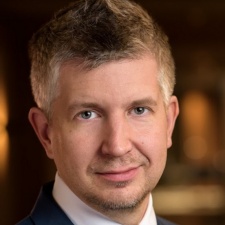 Stockholm-based Resolution Games has announced multiple milestones reached by the company during its 2021 fiscal year, in addition to achievements made since.

The year was its fifth in a row turning a profit.

The company has reinvested most of its profits from last year into development growth, such as hirings. At the end of 2021, it had reached an employee base of 108 people, rising by 55 per cent compared to the year previous, and having already increased to 158 workers as of now.

This time last year, Resolution Games raised $25 million in its Series C funding round, bringing its total capital raised to $38.5 million at the time.

Certain members of the Zenz VR team are instead going to be working in the AR division at Resolution Games, including founder Niklas Persson. Previously, Persson worked as a producer and designer on Battlefield 1942.

A further development this year is the new subsidiary in Texas named Resolution Games Inc., led by Resolution Games president and co-founder Paul Brady. It has been founded as an expansion into the US and has eight employees at present.

"As an early leader in VR games, we’ve had the opportunity to learn what works best for immersive play and what doesn’t," said Resolution Games founder and CEO Tommy Palm.

"This experience puts us in a unique position to apply these learnings as we explore the next generation of technologies, including mixed and augmented reality. With VR headset sales seeming to double every year, and the rise of next-gen AR and MR at the doorstep, we find ourselves firmly planted in an era where the early movers will help to define what the next generation of play will be."

The company as a whole has numerous VR projects expected to debut sometime this year.