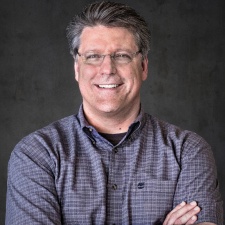 The online division of NetEase, known as NetEase Games, has officially announced the formation of the new first-party studio Jar of Sparks.

Said to have "full creative freedom", Jar of Sparks is to be led by former Halo Infinite head of design and founding member of Xbox Live Jerry Hook, who will take on the role of CEO and studio head.

Whilst being a Seattle-based studio, Jar of Sparks is looking at global recruitment and has aims of creating new franchises, characters, and worlds. It is yet to be stated whether the new studio will be developing for mobile.

Joining Hook will be creative director Paul Crocker, executive producer Greg Stone, and gameplay director Steve Dyck, all of whom have previously worked of a number of big console titles. These range from the Batman: Arkham trilogy in Crocker’s case, to Halo Infinite in the cases of Stone and Dyck.

"We have built games for some of the biggest companies in gaming, and now it's time to take a shot at putting our own personal lightning in a bottle. We want to create something new, innovative and that's a blast to play," said Hook.

"NetEase came to the table with a strong creative first approach; they demonstrated the same passion we have for our players and building new experiences that we believe players are looking for."

NetEase isn't the only games company to have opened a new studio this summer. Former execs from Codemasters, Jagex, and Pixel Games have unveiled new VR and metaverse games studio Soul Assembly, and Supercell has revealed its new PC-exclusive studio, Channel37.