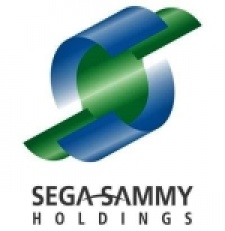 An official Q1 financial report from Sega Sammy Holdings was released on August 4th. The report contained the company's financial results for April, May, and June 2022. According to the report, the company's first quarter ended with 11 per cent sales growth.

Sega Sammy's report further stated that recent market trends are cooling due to the impact of changes in consumer behavior following the normalisation of social and economic activities. However, there is still a growing expectation that the game market will continue to grow on a global scale in the future.

Sega will launch a new major title, Sonic Frontiers, from the second quarter of the fiscal year and several other new titles such as remastered versions of the Persona series, Persona 5 Royal (Remaster), Persona 3 Portable (Remaster), Persona 4 Golden (Remaster), including Soul Hackers 2, Two Point Campus and Endless Dungeon. For F2P, the Group will continue to enhance the operation of existing titles and schedules to release one new title.

Going into the second quarter of the year, Sega Sammy remains optimistic. The firm released its first-ever NFTs around this time last year after receiving an $874 million investment from Nexon.