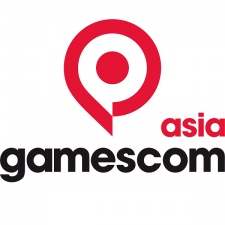 A new report from Niko Partners and Gamescom Asia has delved into the peculiarities of the Southeast Asian market.

Niko Partners estimates that the total mobile and PC gaming revenue in Asia will reach 55 per cent of the global total this year, with the region’s 1.47 billion gamers contributing $82 billion to the global economy.

While traditional gaming markets such as South Korea, Japan, and China dominate the market, the six major Southeast Asian countries – Singapore, Indonesia, Thailand, Vietnam, Indonesia, and the Philippines) represent 6 per cent of Asian games revenue - $5 billion dollars – and 270 million gamers – 19 per cent of the continent’s total.

The Southeast Asian region is also one of the fastest growing games markets in the world, with an estimated compound annual growth rate of 8.6 per cent between 2020 and 2025. This strong growth is attributed, in part, to a number of macroeconomic factors, such as infrastructure improvements, investments by governments and multi-national companies, and an increase in disposable income.

Esports is on the rise

Esports is identified as a key market within the region, becoming a part of mainstream entertainment, with over 60 per cent of Southeast Asian gamers drawn to esports. included in 2018’s Asian Games in Indonesia as a demonstration sport, and included as a medal title at the Olympic-sanctioned 2019 SEA Games event in the Philippines.

Esports continued to be a focal point of the event in 2021’s SEA Games in Vietnam, and will continue to be highlighted at 2023’s event in Cambodia. Additionally, esports will be highlighted at Bali's upcoming IESF World Championship 2022.

Esports is identified as a way to promote livelihood and income in communities throughout the region, as well as serving as a training ground for those hoping to pursue esports professionally.

The growing number of female gamers has been recognized with the proliferation of all-female esports tournaments, most prominently Singapore’s Female Esports League (FSL), which has reached millions of players.

Last month, a report by Niko partners showed that young gamers have dropped 40 per cent in China, in part due to recent regulation changes imposed by the government.