The game will switch over to a store of revolving items 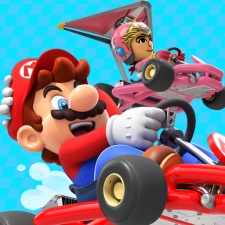 Nintendo have announced via a tweet that they will be removing gacha mechanics from Mario Kart Tour on October 4.

The in-game gacha system – known as The Pipe – allows players to unlock random drivers, karts, and other items via spending in-game currency. This will be replaced by the Spotlight Shop, where players can instead make purchases from a rotating inventory.

This move away from gacha mechanics is particularly notable in the case of Mario Kart Tour, as The Pipe was initially the only way for players to acquire limited-time items, which included several of the drivers and karts available in-game. By transitioning to a new system, players are more easily able to acquire items and characters which they may otherwise miss.

Although Nintendo has seen success with gacha titles in the past, with Fire Emblem Heroes recently crossing $1 billion in lifetime revenue, other games utilizing gacha systems have seen mixed success. The company recently announced that the mobile RPG Dragalia Lost, which features a gacha system, will be shut down in October. The game’s success thus far in utilizing the mechanics could be a result of the continuing popularity of the Mario franchise, and the resultant enthusiasm for the source material. As of May, the game had earned more than $270 million in revenue.

Nintendo haven’t stated why they’ve decided to stray away from the Pipe, especially given the revenue earned by Fire Emblem Heroes, its most successful mobile title thus far.

Part of the decision could be due to the vast number of characters (193), gliders (172), and karts (246), in combination with the franchise’s popularity with younger gamers. Kotaku reports that it costs five rubies to receive one item, and with 10 rubies being sold for $5.99, this means that, under the current system, particularly unlucky players looking for a specific item could potentially spend upwards of $1800 on the Pipe before getting what they’re looking for. By pivoting to the new system, players can instead decide to save their money to guarantee a specific character. While the new system could see a reduction in revenue, it could result in a better deal for the consumer.

We recently listed Nintendo as one of the top 50 mobile game makers of 2022.