According to a press release from the new studio, the money will fund the company’s venture into developing Web3 multiplayer games. 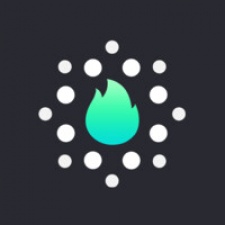 Tribo, a Web3 based mobile game studio, has raised significant pre-seed funding according to a press release provided to PocketGamer. The new studio will apparently be based in Helsinki. Community Lead Nicolas Nottin stated in the release, “We have raised €1.2M in a pre-seed round from Play Ventures, Sisu Games Ventures and Joakim Achrén to develop mobile-native multiplayer games with true staying power using Web3 principles such as digital ownership, open economies, and community-centric designs.”

Tribo has ambitious plans to launch its own NFT collection called ‘Flameys’. When asked about the ongoing crypto crash and collapse in NFT prices and what relevance this may have to their approach, CEO of Tribo Miko Kuusisto said to Gamesbeat writer, Dean Takahashi, “We knew there would be another crypto winter market. It was inevitable. To us, it doesn’t matter. In the long term, it is inevitable that these changes are coming.”

According to the press release, the studio can already claim experienced talent, “We are announcing Tribo Games, a new mobile-first Web3 game studio founded by industry veterans with over 60 years of combined experience in building mobile games. Our founding team includes Mika Kuusisto (CEO, previously Kopla) and Borja Guillan (CPO, previously Design Director at King).” This sort of record isn’t unusual for those willing to put in the time and money to start their own game studio, but it can be seen as reassuring nonetheless.

The decision to tackle a multiplayer game is an impressive if ambitious proposal. Multiplayer can be one of the most expensive game types to design and develop, especially for a live-service format as is common nowadays. Server running costs and updates require a dedicated team. However, if Tribo’s founders are as experienced as they’re reported to be, these potential pitfalls are likely known to them.

Given the state of the NFT and cryptocurrency market, as well as reports by other studios such as Coda Labs that scepticism is still strong amongst gamers over the concept of Web3, Tribo may face a significant challenge at this time. With faith being placed in the rise of the crypto market once more, Tribo’s fate may be tied to the fortunes of this market.