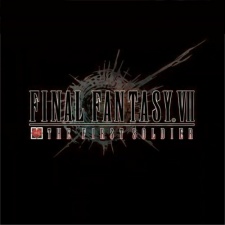 Square Enix has announced that the servers for Final Fantasy VII: The First Soldier will be shut down on January 11, 2023.

“Despite all our efforts to bring you regular updates with fresh and exciting content, we haven't been able to deliver the experience that we were hoping to, and that you all deserve, so we have made the extremely tough decision to end service for FINAL FANTASY VII THE FIRST SOLDIER.”

The battle royale title is a part of Compilation of Final Fantasy VII – a cross-platform collection of media set within the universe of Final Fantasy VII. The First Soldier is the second game in the compilation to be created for mobile devices, following the Japanese exclusive Before Crisis, which was first released in 2004 and shut down in 2018.

The Final Fantasy series remains one of the best-known and acclaimed franchises in video game history, and Square Enix have leveraged this success as it attempts to break into the mobile market. Including ports, more than twenty games with the Final Fantasy label are available on Google Play, covering a variety of genres.

However, it appears that The First Soldier has failed to meet the company’s expectations, despite the recent resurgence in focus on the Final Fantasy VII universe. Gamerbraves reports that the game has achieved 2 million downloads and generated $3.1 million in revenue worldwide since its release. In contrast, Before Crisis was accessed over 1.6 million times on its launch day alone.

Later this year, Square Enix will release Ever Crisis: Final Fantasy VII, an episodic game which will retell the events of the original game, as well as various stories within the universe. As such, despite the supposed failure of The First Soldier, it appears that Square Enix still has high hopes for the future of the universe on mobile devices.

Although the game will be taken out of service, it will still see continued updates in that time, and all in-game events will run as planned. However, while players can still use any Shinra Credits (in-game currency) in their possession, they are no longer available for purchase on the in-game store.