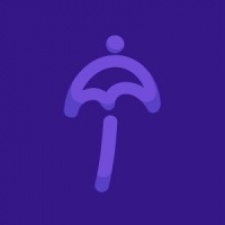 Although an investment or acquisition can offer developers more funding, it can also dilute a developers creative vision, as focus shifts from making the game they want to making one that will generate revenue. As such, Bodeville is eschewing outside investment.

In a statement on his website, Boghosian writes: “Bodeville is the realization of our dream of making games with complete creative freedom. I firmly believe that the only way to get this freedom is by not taking anyone else's money. Too many times in the game industry, people have been promised creative control only to have it taken away when the executives or investors decide otherwise. By self-funding, we are beholden to nobody but ourselves (for better or worse!)”

“Without a big pile of cash, we are starting small. The two of us will try to make an entire game and manage the business at the same time. We'll cut as many corners as we can without sacrificing the vision and the experience. The games will be smaller in scope than those from a 10 or 100 person studio, but we hope the story and soul will still shine through.”

At Niantic, Mandeville worked as lead designer on Peridot, whereas Boghosian was a software developer. Both departed Niantic earlier this year.

On Twitter, Mandeville announced that Bodeville is working on multipla narrative-driven games. It’s unclear at the moment what form these games will take. While both co-founders have significant experience on AR titles, these games can be expensive to develop and may be out of the current scope of the company.

Earlier this year, we listed Niantic as one of the top 50 mobile game makers of 2022 and its hit game Pokemon Go! recently achieved $4.5 billion in revenue.