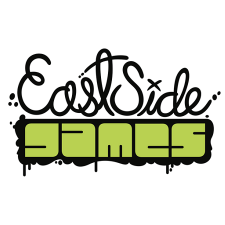 East Side Gameshas released its financial statement for Q3 2022, showcasing the company’s growth over the period.

The company’s revenue for the quarter stood at $18.8 million, representing a 32 percent increase compared to $14.3 million the same period in 2021.

Revenue for the year-to-date so far stood at $68 million, representing a 40 percent increase from the period of January-September, 2021.

Adjusted EBITDA was down compared to 2021, standing at $750 thousand for Q3, compared to $827 thousand in the same period last year. Adjusted EBITDA for the year-to-date stood at $2 million, compared to $4.7 million in the first nine months of 2021. This falls in line with the industry trend of decline as the market continues to normalise following the pandemic.

The company’s daily active users (DAU) also improved in Q3 2022 compared to the same period in 2021, with 298 thousand compared to 244 thousand. Additionally, average revenue per DAU stood at $0.94, compared to $0.85. In short, more users are spending more money across East Side Games’ catalogue of titles.

The power of IPs

The company has launched three of its most successful titles (RuPaul’s Drag Race Superstar, The Office: Somehow We Manage, And Star Trek: Lower Decks – The Badgey Directive) within the last twelve months, and believe that their success highlights the potential of the company’s development systems.

The company also believes that its focus on IP-driven games has helped them navigate the market following the implementation of ATT updates. In short, by focusing on the inherent draw of existing intellectual properties, the company can organically attract fans of existing franchises to its games.

The company currently has numerous titles In soft launch, including games based on the Doctor Who and Trailer Park Boys franchises.

The company will continue this focus on IP-driven releases in 2023, and has signed new deals with companies such as NBCUniversal, Creative Artists Agency, and All Elite Wrestling, among others. Additionally, the company has signed development partnership deals with studios around the world.
Speaking of the results, East Side Games Group CEO Jason Bailey stated “We anticipate being EBITDA positive for the year while maintaining year-over-year growth. We remain focused on our goal of providing creators the tools to successfully deliver mobile gaming experiences that engage players every day.”

Earlier this year, East Side Games joined a scholarship programme for Indigenous game developers in Canada.