Although Krafton has faced many challenges continuing the operation of PUBG Mobile in India, according to its Q3 financials the company remains committed to the market 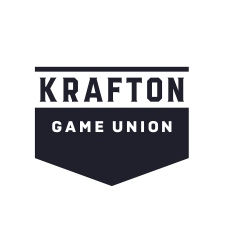 Krafton’s recently released financials for the Q3 period contains a great deal of information about their mainline console efforts and the performance of their flagship title, PlayerUnknown’s Battlegrounds, on mobile and PC. Although QoQ revenue was only up by 2%, Krafton reported their net profit had risen by 17% QoQ. PUBG Mobile's overall sales QoQ were down by 12%, a not insignificant hit to revenue. But the PC version of PUBG saw some of it's highest sales in years during this quarter.

Krafton’s business in the lucrative and growing Indian market took a big hit when the Indian government banned BGMI (BattleGrounds Mobile India) in the country, in what was seen as a politically motivated move due to border tensions with China. As Chinese companies were involved in investment and development of PUBG, the app fell into the firing line twice. The first time with the international version many will know of, and the second with the bespoke version created for the Indian market.

Despite seeing major success with PUBG on other platforms, including a rise in QoQ revenue by 48% on PC, its highest since 2019, PUBG Mobile’s overall revenue took a significant dip. This could be attributed to the banning of BGMI, Krafton’s bespoke version of the app for the Indian market. However, it’s not known if revenue for that is included in the overall figures for all market versions of PUBG Mobile.

However, despite Krafton restating its dedication to the Indian market, their department for the country has lost some key figures in the intervening time. In mid-October, Krafton lost their head of corporate development for India, Anuj Tandon, possibly due to the slow or nonexistent progress of having BGMI reinstated. It’s possible the delay is due to an overhaul of the entire game and app being necessary for the Indian market. While some may see it as a sunk cost case, it's also true that the Indian market for mobile gaming stands to become the largest in the world as China lags behind.