PocketGamer.biz and Stream Hatchet break down the monthly stats on the mobile games making waves on streaming platforms, and esports events 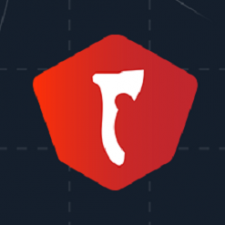 In October, 170 million hours of mobile gaming content was viewed, compared to 176 million in December, representing a decrease of 3.6 percent. The month’s top ten games remain largely the same compared to September, with no changes in placement in the top seven spots.

League of Legends: Wild Rift fell one spot to number 9 with a 26 percent decrease in hours watched, while spots seven and nine were taken by Monster Strike and Clash of Clans, respectively. Monster Strike saw the largest increase in viewership, with 202 percent. This was attributed to the Monst Freak 2022 9th anniversary party, which was live streamed on the game’s main channel. This stream generated over a million hours of views, with an average of 104 thousand viewers.

This was followed by Clash of Clans with a 96 percent and Mobile Legends: Bang Bang with an 18 percent increase.

All other games in the top ten saw a decrease in viewership, with Arena of Valor seeing the largest fall with 45.6 percent.

Once again, despite its dominance of console and PC streaming, Twitch trailed its competitors with only 16.8 million hours streamed. At 9.9 percent of the total viewership not only does this represent a 0.6 percent decrease from September, but brings Twitch’s total share of viewership below 10 percent.

All three of the biggest esports events of the month - MPL Indonesia Season 10 (15.5 million, with a peak concurrent viewership of 1.9 million), MPL Philippines Season 10 (4.7 million, peak CCV 510 thousand) and PUBG Mobile Pro League South East Asia Championship 2022 (4 million, peak CCV 138 thousand) were based in the SEA region, showcasing once again the remarkable appetite for mobile gaming content in the region.